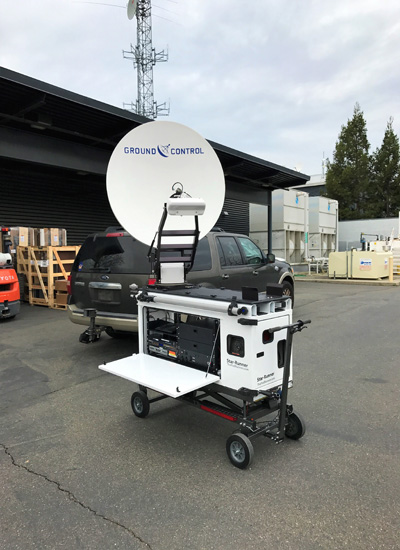 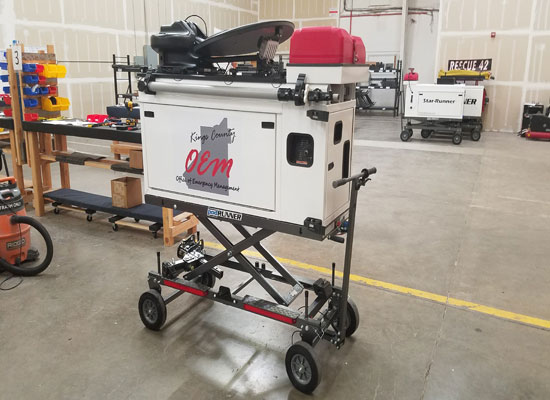 When disaster strikes, you need to have a business continuity plan in place and the technology to support it. A key aspect of that plan for companies that must maintain an internet connection is a portable satellite system. Fully customizable Star-Runner units can provide that connection.

What Is the Better Band for Your Requirements?

Increasingly the conversation about portable satellite systems is about factors like the band speeds of different RF frequencies, as well as the impact of environmental conditions on signal and geographic availability. As background, the Ku band uses the 12-18 GHz range of the electromagnetic spectrum, while the Ka band operates in the 26.5-40 GHz range. Both can provide solid communications capabilities. However, the Ka band can provide better throughput than a similarly sized Ku system. What’s more, new smaller terminals and pricing that is scheduled to decrease are making Ka a very appealing option for many organizations.

Ku is not without its advantages, however. Signal on that band has historically been less susceptible to environmental interference — what is referred to as “rain fade” — a characteristic that can be important to business continuity. But, new hybrid-band systems and mitigation technologies are allowing Ka-band systems to achieve reliability on a par with Ku.

On the issue of geographic availability, Ku as the band that has been in use longer can be accessed in more locations around the world. However, as the band becomes more saturated, users will begin to experience situations where performance levels don’t meet expectations where they once did. Ka is currently only available in select regions, but its coverage is expanding rapidly and will likely match Ku’s before long.

Organizations that had previously dismissed Ka as an option for their portable satellite system are beginning to take a second look. The newcomer is starting to pose a significant challenge to the incumbent Ku band in virtually all of the areas that matter to business continuity. Which band will you use in your Star-Runner system and what components do you need in your customized pod? Contact us today at (888) 427-3728 info@ThePodRunner.com and let’s discuss your needs.