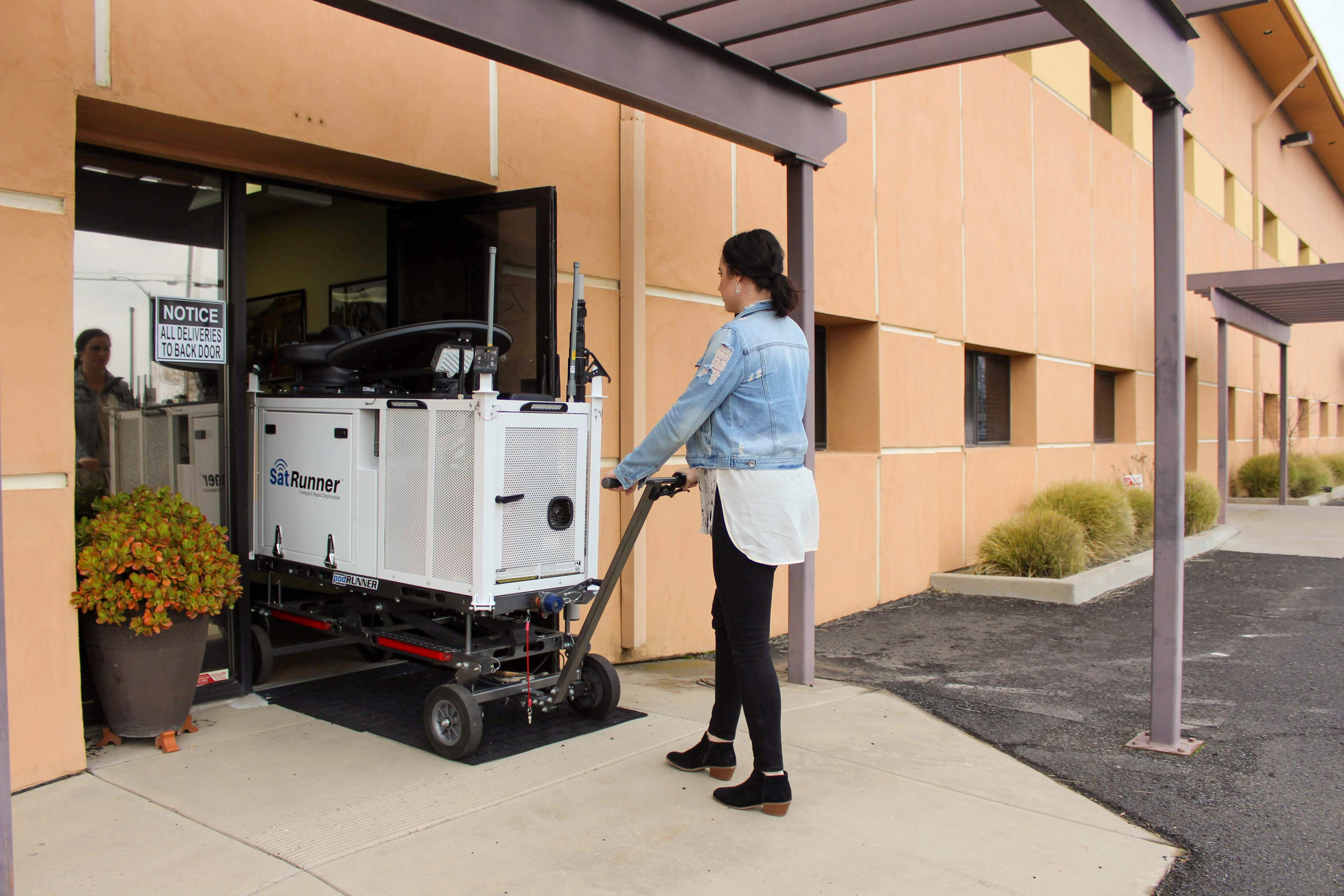 One of our SatRunner builds has been in active use right in the middle of one of California’s major wildfires.  In a recent article published by the Chico Enterprise Record about the SatRunner and it’s application during the wildfires, Butte County Sheriff Kory Honea stated, “My desire is always to be able to have communications — especially in emergency situations.” Sheriff Honea went on to say, “When I saw the technology, I recognized that there would be a lot of applications for its use in the Sheriff’s Office, especially because we often operate in very remote areas in the county where both cellular and radio connectivity are limited.”

The SatRunner is a satellite-based cell-on-wheels (COW), providing reliable Wi-Fi and Cellular connection to its intended recipients. In the absence of direct power, the SatRunner can be powered by the onboard Honda 2200-Watt Generator. The SatRunner is internet connectivity, literally anytime and anywhere. To learn more about the SatRunner visit our SatRunner product page or Request a Quote.

Read the full article below 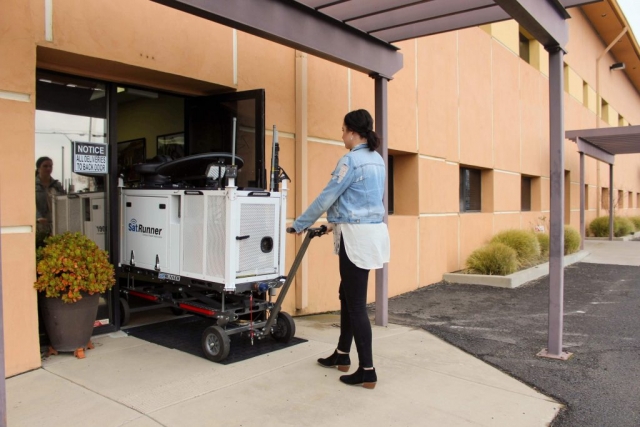 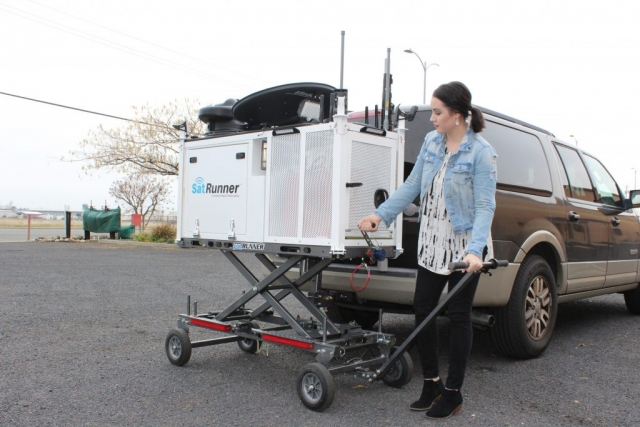 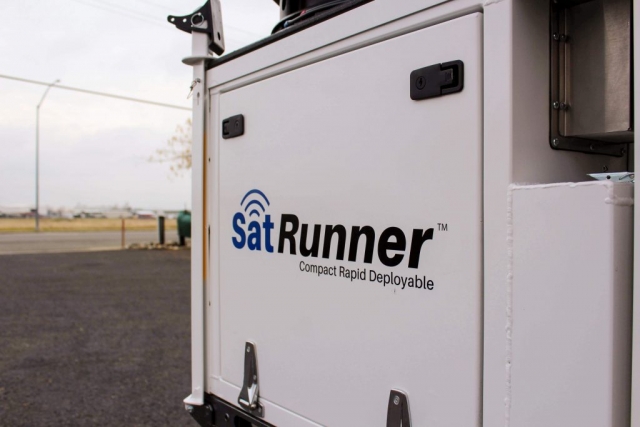 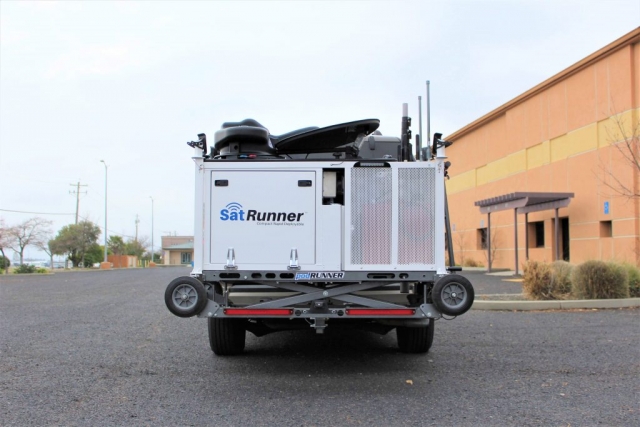 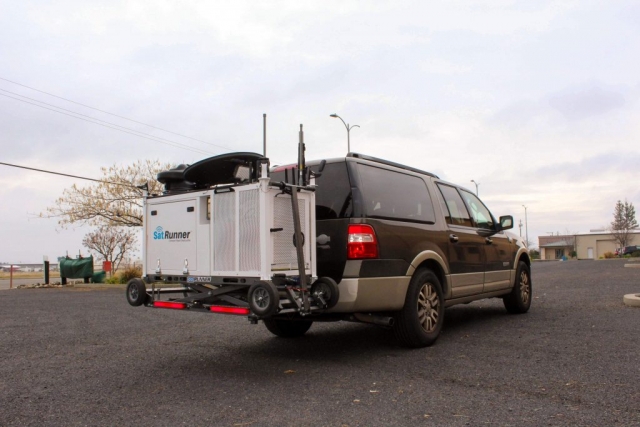 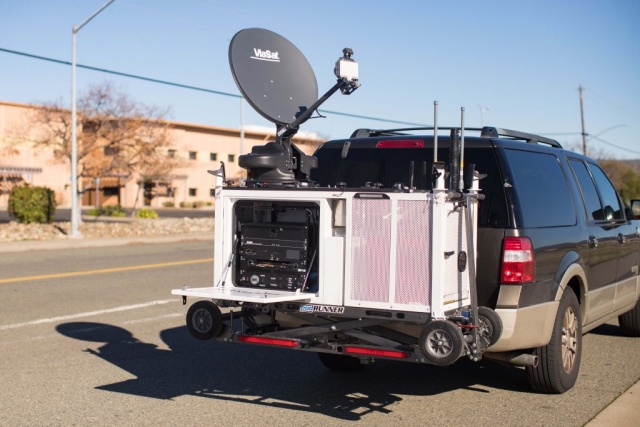 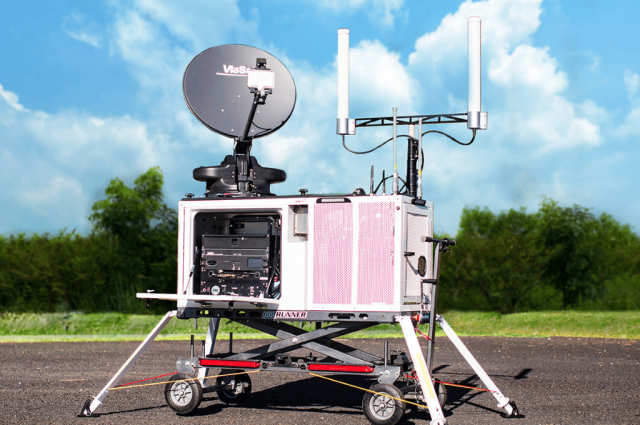 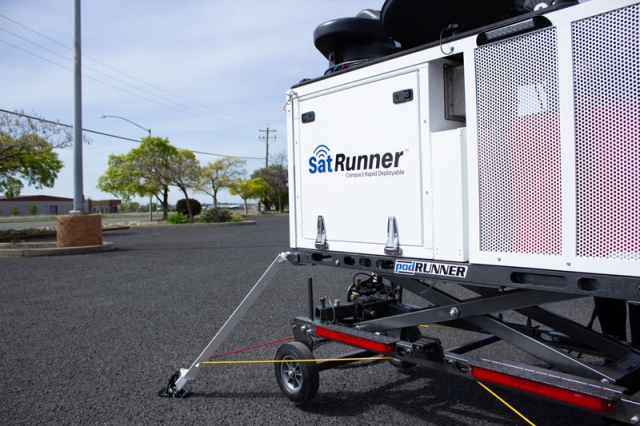 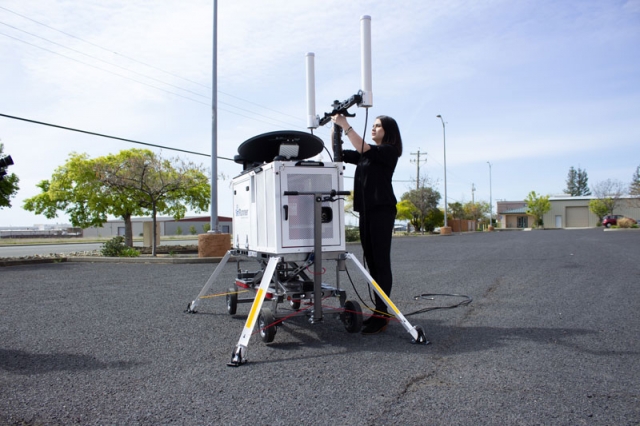 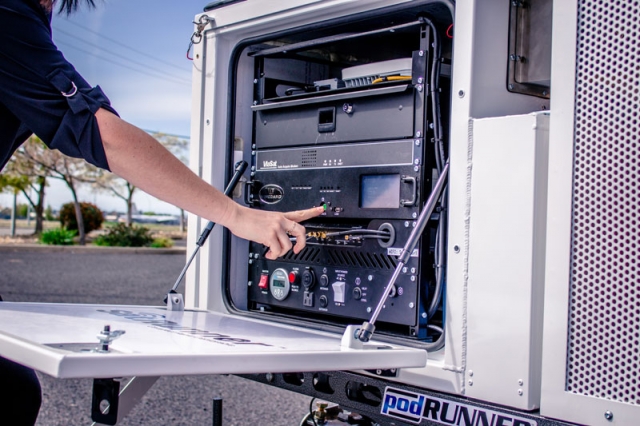 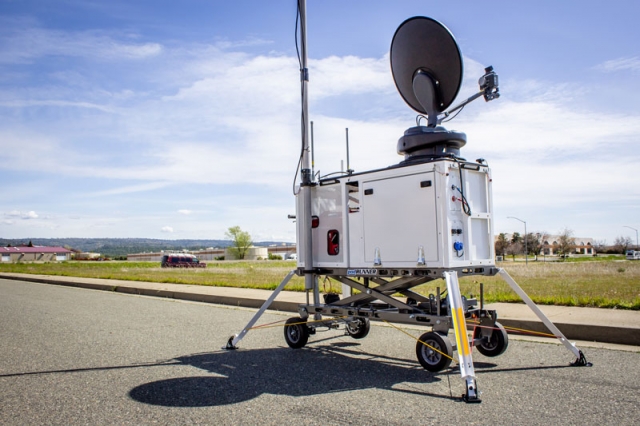 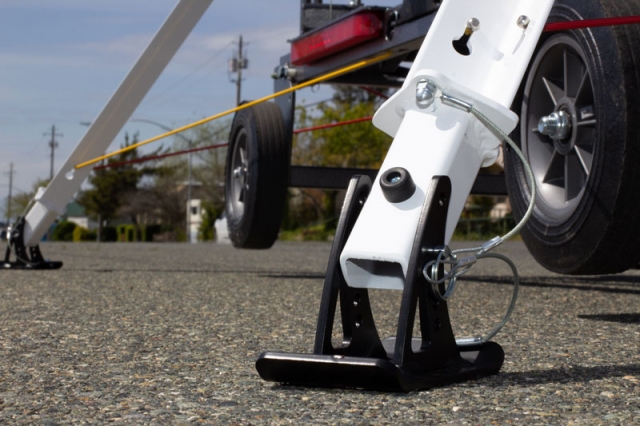 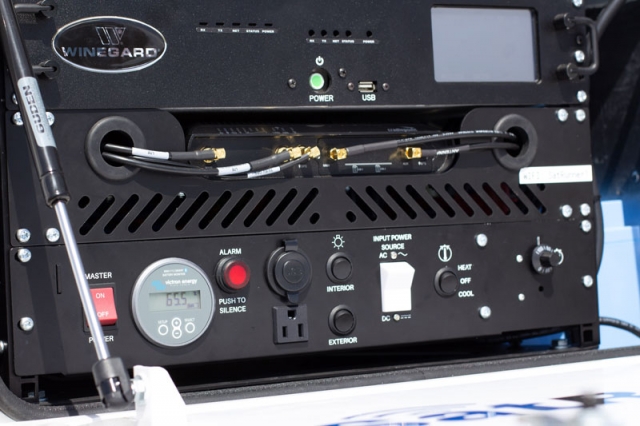 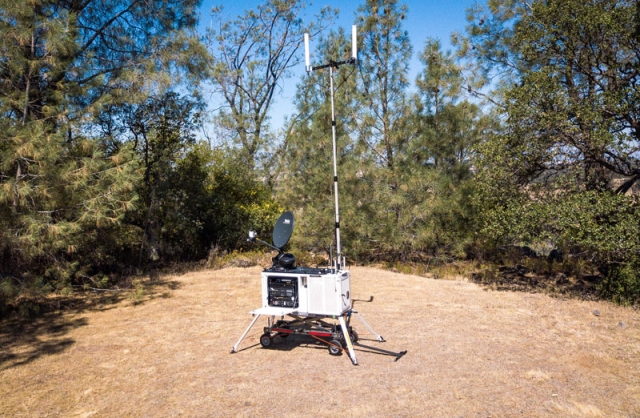 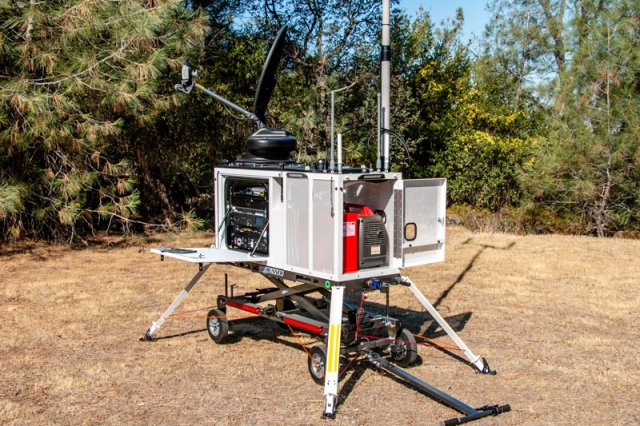 CHICO — In February 2017, when a hole in the Oroville Dam’s main spillway caused erosion and later an evacuation of over 180,000 people, residents immediately looked to their cell phones and other wireless internet-capable devices in search of information.

However, the cell structure collapsed, leaving a large lapse in communication for not just residents but government officials attempting to communicate public safety messages to the public or media.

Butte County Sheriff Kory Honea felt he could never be without the ability to tell the people he was in charge of and the people he was responsible for, what to do because he didn’t have the communications capabilities necessary.

“My desire is always to be able to have communications — especially in emergency situations,” Honea said.

At the time of the spillway incident, the company Rescue 42, Inc., based out of Chico, had just created its newest project, the [SatRunner]. The [SatRunner] is a mobile WiFi device that’s base is a Honda Generator and provides internet speeds up to 30 megabytes-per-second. Its range is roughly 1,000 feet, however, a different model has an on-board system that a Verizon cell tower can attach to which extends the device’s WiFi reach to about 1/2 mile.

When Rescue 42, Inc. CEO and Butte County firefighter Tim O’Connell pitched the idea to Honea after the spillway incidents, Honea immediately bought one for the Sheriff’s Office. There are now five operable in Butte County, as the major shift in operations to the PodRunner have shifted focus towards providing WiFi and cell phone signal towards fire personnel battling the wildfires burning across the state of California the past three years. The Sheriff Office now owns two, the Butte County Fire Department owns one and Butte County Social Services owns two.

“When I saw the technology I recognized that there would be a lot of applications for its use in the Sheriff’s Office, especially because we often operate in very remote areas in the county where both cellular and radio connectivity are limited,” Honea said. “What’s nice about [the SatRunner], is that are small enough that they can actually be hauled into very remote areas. That’s important.”

The first fire in Butte County that the PodRunner was sent out to was the Camp Fire in Paradise, when firefighters had no cell service and even when Verizon and AT&T brought in Cell-On-Wheel units they only provided service to those in-town. The PodRunner was brought to the northern-most part of the fire where firefighters used it for three weeks straight.

Now in 2020 with many lightning-started fires started across California, Cal Fire has now rented and used the PodRunner in both the August Complex fire and now the Bear Fire.

On Monday Cal Fire brought the PodRunner to the Feather Falls Fire Station in Oroville with no plans to remove it as of Thursday.

“Every fire commander at whatever level is now ingrained with the need to be able to use their cellphone and their computer or laptop for files, orders, downloading and incident action reports, which is the critical piece of information that everyone needs to have and maps,” O’Connell said. “We are so ingrained with the internet and cell system that when those are gone we just feel helpless.”

But nearly every fire is out of cell-phone range. The WiFi base enables firefighters to access whatever is needed on the internet, as well as turn on WiFi-calling on their smartphones to make phone calls when radio is not a valid option.

Cal Fire often rents out the units from Butte County, listing the units on a “hired equipment list.” Other items on the list include necessities such as fire engines rented from the city of Chico or Butte County, kitchen units, and mobile toilets.

While the unit as a whole costs $69,995, Cal Fire pays the agency they are renting it from $1,750 a day for its use. In addition it must pay $375 for two weeks for a data plan, similar to that of a cell phone or tablet. O’Connell said there are charges for overages in data, however units rarely reach that point and when they do, the overage is not much, and that charge would go towards the agency fighting the fire.

The device attaches to any standard trailer hitch and can be set up or moved by one person in roughly 10 minutes as a hand crank lifts it into place.

It can run 60 hours continuously without refueling, with a 2.5-gallon fuel tank in addition to a secondary 7-gallon fuel tank that serves as an onboard fueling system. Firefighters carrying fuel to a fire often add small amounts on their way to and from fires to keep it running, however, if fuel runs out it has onboard batteries which add a few more hours. The device also includes an adaptor which can run off a vehicle’s trailer hitch power, and you can even use a pair of jumper cables off a vehicle’s battery to keep the system running.

“This is the first time that they’re actually able to take their own internet supply directly to the fire so that they can use it where they’re working and it was a game-changer,” O’Connell said. 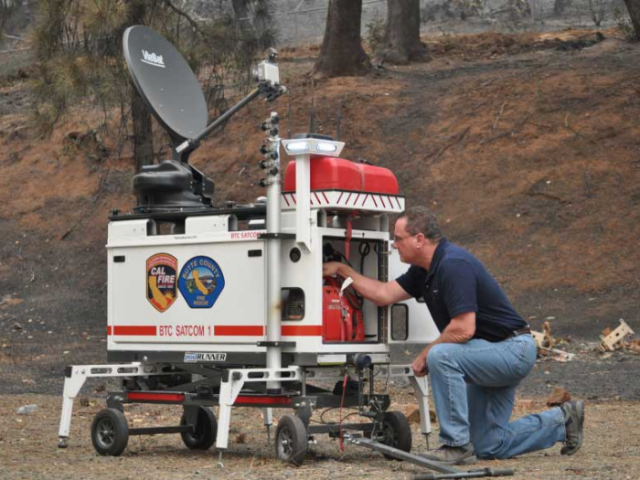 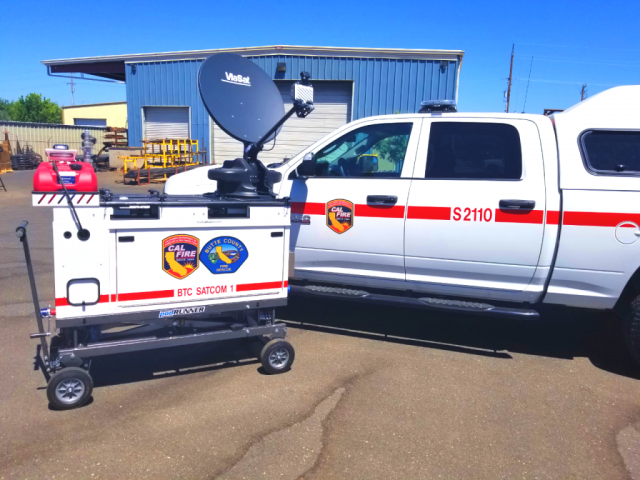 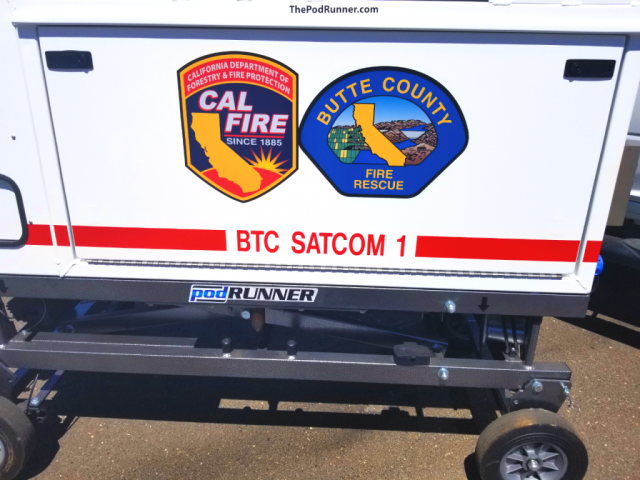 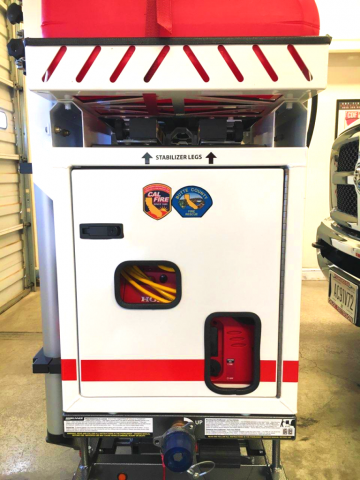 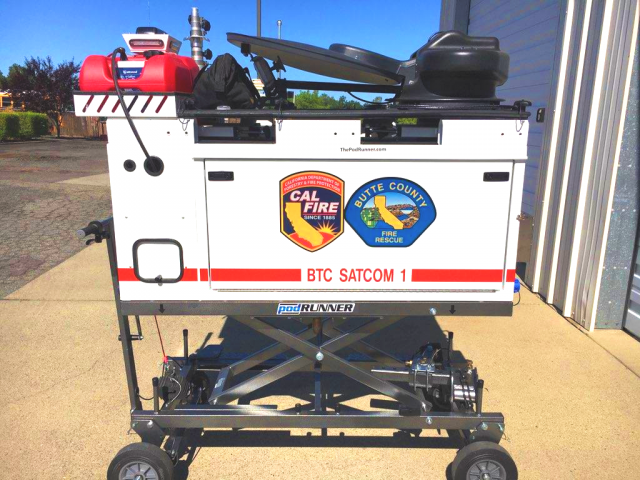 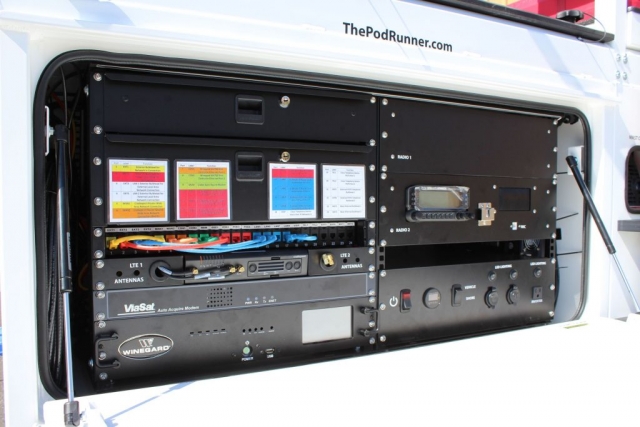